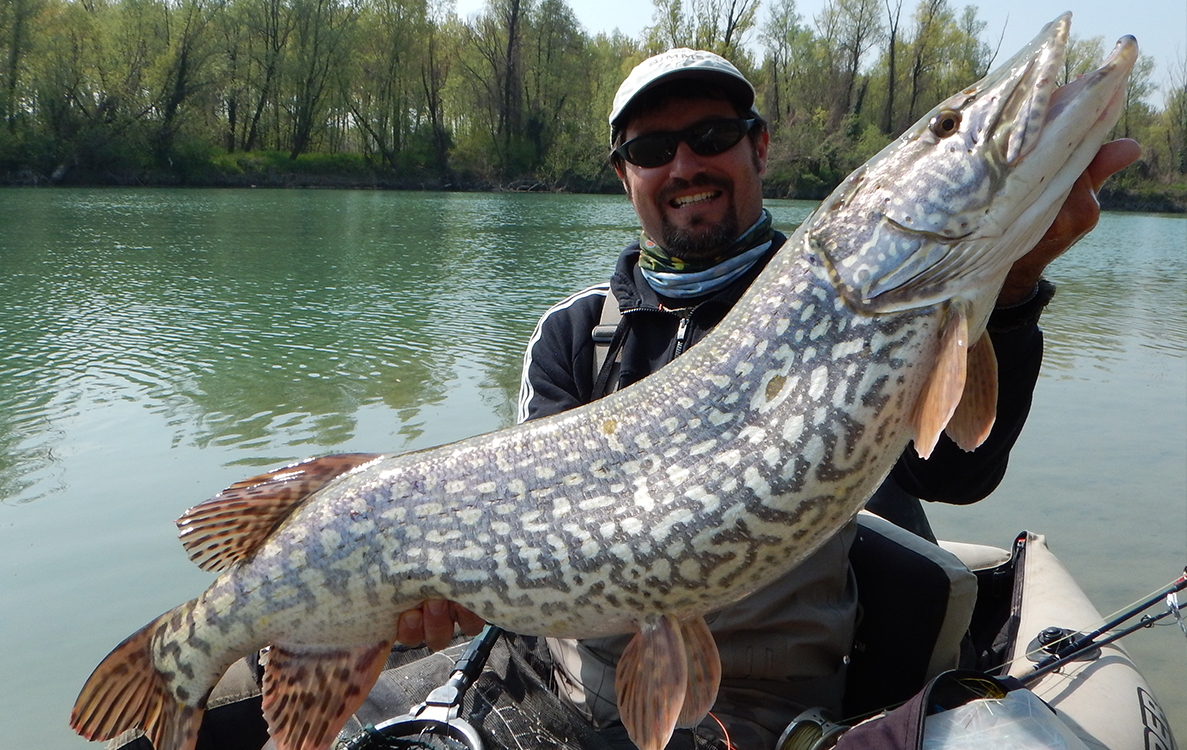 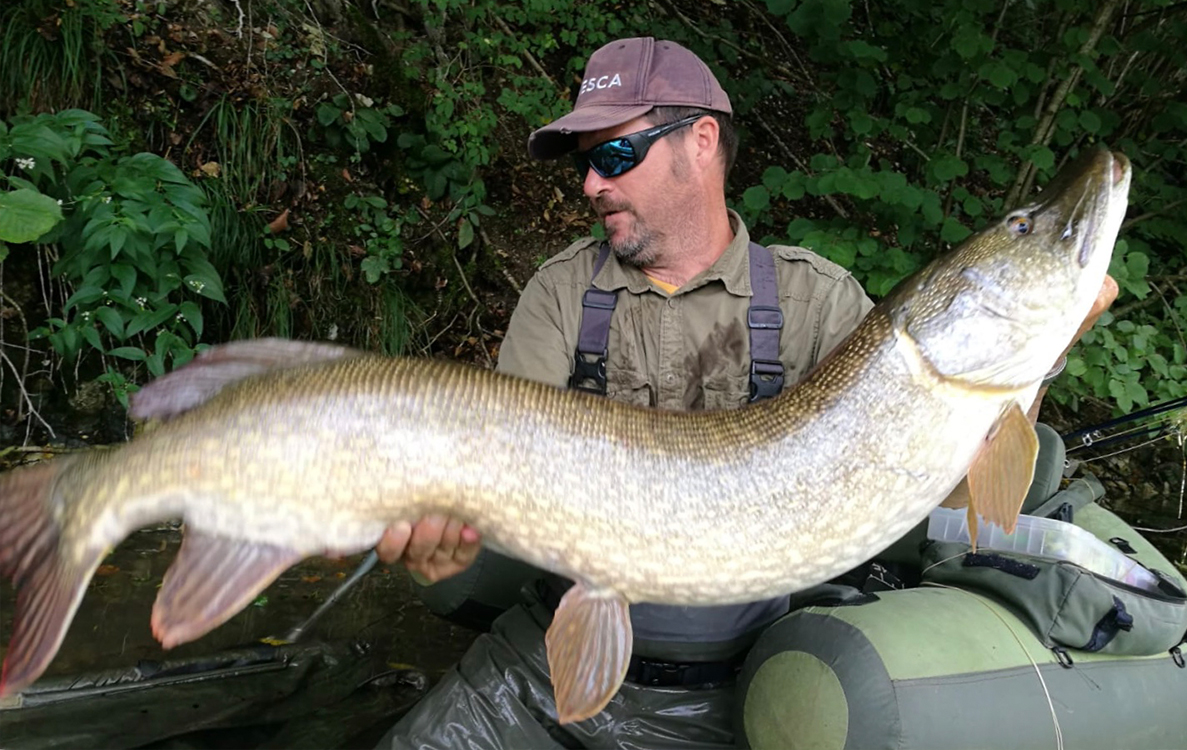 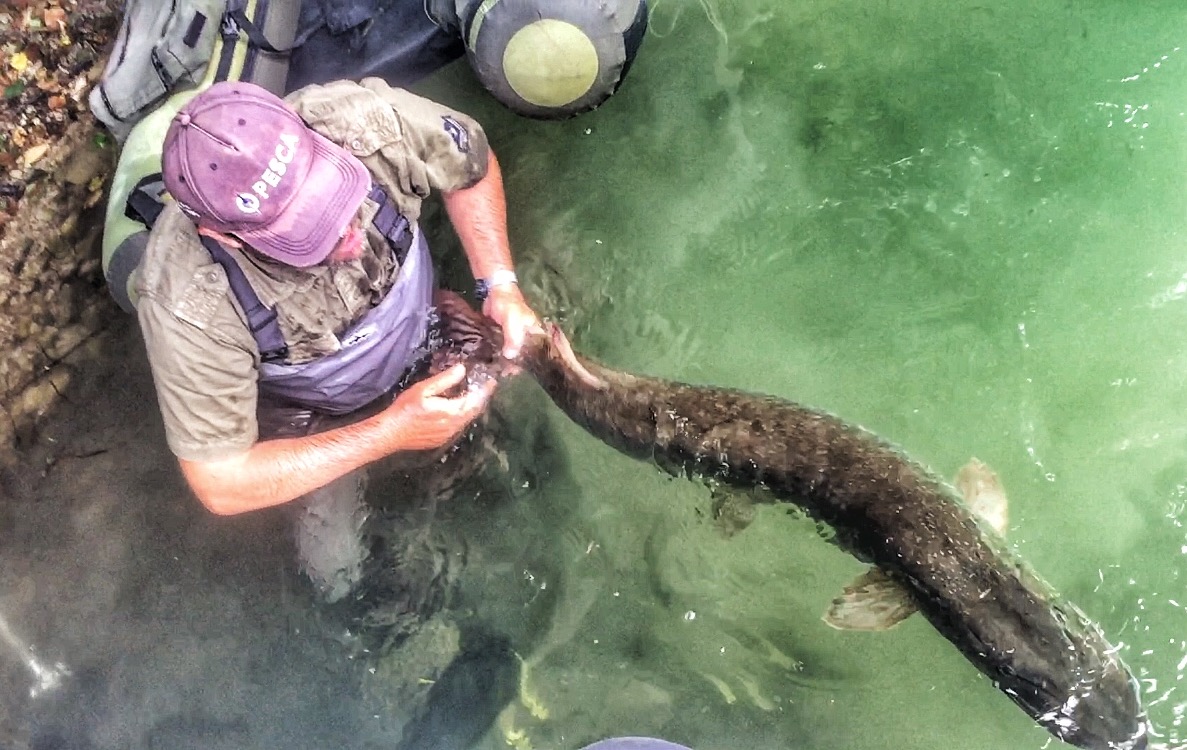 Available 7 days a week, all year-round, on a minimum 5 working days’ notice 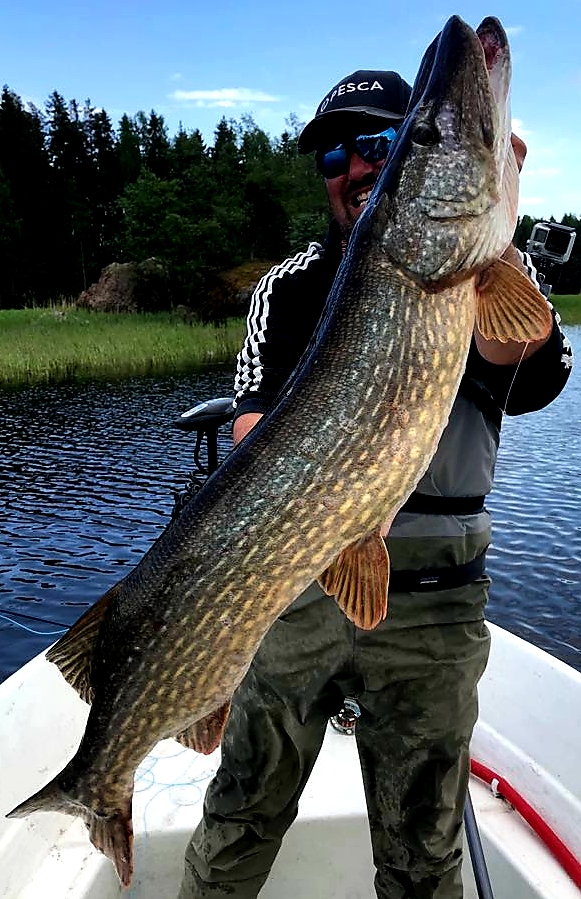 Called to the fishing life since his first few steps, during his youth he practiced almost every fishing technique from the shore, mostly in fresh water. Just twenty years ago he found his true passion: Fly Fishing for the Pike, and he has been looking for it with great dedication, starting in the waters of the north east of Italy, and then with all Europe. One thing never changed: he’s always looking for the big ones. Main character of the tv series “Centotrenta” (broadcasted on channel 236 Sky Pesca Tv), he organizes fishing trips for the pike, all over the country, both for spinning, casting and fly-fishing enthusiasts.
He has a deep knowledge of some of the more generous lakes and rivers of Ireland, of the Baltic both of Finland and Germany. He’s at home in the legendary Chew Lake in England, where some of the world’s biggest Pike live. He knows the Brenta, Bacchiglione, and Sile, the lakes of Santa Croce, Corlo and Centro Cadore like the back of his hand, and takes them both from boat and belly boat. When Pike Fishing is closed he takes it to the catfish and the zander.